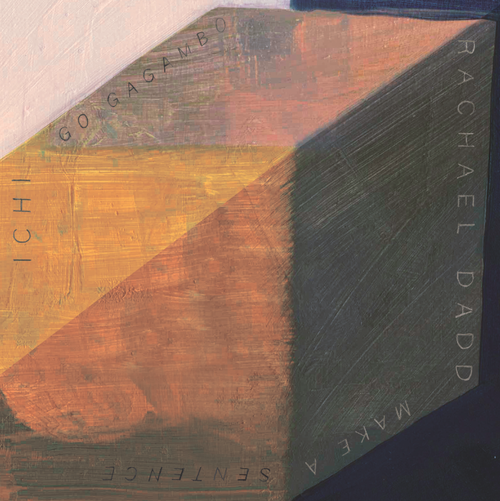 I seem to remember this happening a few times in the 80s where two lesser known groups would each share a side on an AA single.  It’s a great idea, and this time it’s the turn of Rachael Dadd and husband ICHI.

Six years ago, Rachael picked up her travelling bags and set off for a trip to Japan.  It was on this journey that she came across ICHI performing his unique brand of music at a DIY festival!  The rest, as they say, is history and completed by the birth of their Son, now one year old.

The lead track goes to Rachael.  Make A Sentence begins with a typewriter (we had those before laptops, kids) ably ‘played’ by her husband.  The track that then ensues is a lovely, flowing mix of differing percussion and sweet vocals harmonies.  It’s a song about communication and friendship and somewhat fitting that it should appear in tandem with the ‘other half’ (sic).  It has one of those melodies that just won’t let loose and is completely addictive, wistfully floating along.

The ICHI side is quite a turn in styles and seems to be picking up a lot of radio play being championed by Steve Lamacq on Radio 6.  It’s either complete genius or completely bonkers as the song (and video) starts with the sound of a mosquito-like insect called a gagambo.  It has an almost electronic post-punk vocal in a high pitched tone said to represent the voice of the insect.  An incredibly infectious bass line continually pumps along and a variety of interesting and unique sounds pitch in along the way.  Potentially a song that will be played all over the place and a mighty fine one at that.

A big ‘high five’ to the couple for a fine, fine release.