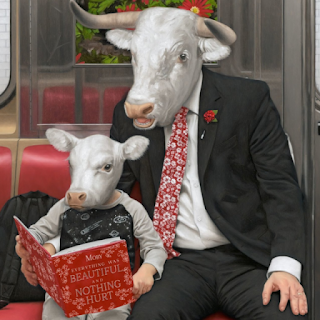 Moby - Everything Was Beautiful, And Nothing Hurt (Mute Records)

The inclusion of the recent single Like A Motherless Child, a cover of the traditional Negro slavery/spiritual song, maybe gives an indication as to the direction of the new Moby album.  Overall it’s dark with hurt, sorrow and regret being prevalent themes but all sewn together with some wonderful production and of course, Moby’s near perfect backing.

As we’d expect, everything is clinical and flawless with the genius of the man clearly evident at every turn.  The Last Of Goodbyes is a haunting yet beautiful track and, Moby’s own voice on several tracks seems to effortlessly brim with emotion and sincerity.  Don’t expect anything remotely upbeat here, this is sentiment and feeling overload as album closer A Dark Cloud Is Coming will reaffirm. A welcome return to gospel and trip-hop influences. 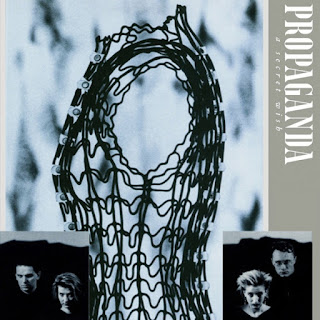 A Secret Wish, not a huge commercial success in its day, has left its imprint on modern music and continues to be a point of reference and source of influence.  Originally released in 1985 on Trevor Horn’s Zang Tumb Tuum label, it spawned four singles two of which entered the UK Top 30.

Their debut single, the bass pumping Dr Mabuse came out in early 2014 and featured in the bands now legendary performance on The Tube.  It remains to this day a pivotal track and one which is cited by several of today’s bands as a huge influence.  Sadly, the success of label mates Frankie Goes To Hollywood put Propaganda on the back-burner somewhat and A Secret Wish didn’t see the light of day until the following July when ZTT engineer Stephen Lipson was handed the production duties due to Horns busy schedule.

What Lipson did was nothing short of superb and assisted Propaganda in completing and releasing the landmark album.  There are appearances from David Sylvian (originally discussed as a choice for the albums producer who presented the verse for p:Machinery) and, Heaven 17s Glenn Gregory providing additional shouts and screams on the anarchic Duel, the bastard sibling of the glorious Jewel.

As a forerunner in the industri-pop genre, the album is lengths above its contemporaries – bass throbs, stunning vocals from Claudia Brucken and Susanne Freytag and clinically perfect post-punk electro.

Published in Issue 14 of Louder Than War magazine.