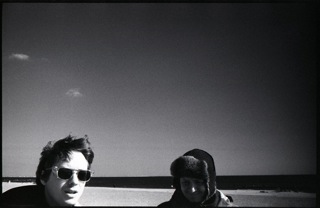 TALL FIRS are set to release their first album since 2012's 'Out of It and Into It'
The duo, comprising Aaron Mullan and Dave Mies have only played a handful of festivals and shows since their 2013 US tour with Jeff Mangum, while concentrating on health and family. Yet in the shadows, they’ve been laboring away on a collaborative set of recordings more sonically expansive than any of their previous work.

The nucleus of the project is an eviscerating ten-song collection written and recorded in bare-bones fashion by Dave Mies. Building on that foundation, the duo went about collecting accompaniments and improvisations by a host of brilliant musicians they’ve worked with over the years. After they’d amassed a veritable library of takes and sometimes wildly different retakes of the same songs, Tall Firs painstakingly edited and mixed the final product. The result is an incredibly lush, unpredictable album that hangs together as a long-form work of sound exploration, as well as a collection of lyric-driven songs with legs enough to stand alone.

‘Ghostlight Ensemble’ is a series of tender letters addressed to friends and lovers – as well as a few unlikely recipients like chronic illness and unkind reviewers. Musically, it’s a conversation between seasoned players, alternately hushed or howled depending on the moment.