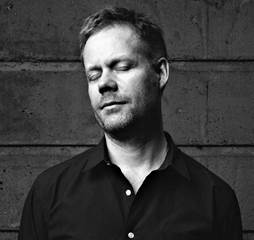 One of Britain’s leading contemporary composers has written what is thought to be the longest single piece of music ever to be recorded. SLEEP is eight hours long – and is genuinely intended to send the listener to sleep.
“It’s an eight-hour lullaby,” says its composer, Max Richter.
The landmark work is scored for piano, strings, electronics and vocals – but no words. “It’s my personal lullaby for a frenetic world,” he says. “A manifesto for a slower pace of existence.”
SLEEP will receive its world premiere this September in Berlin, in a concert performance lasting from 12 midnight to 8am at which the audience will be given beds instead of seats and programmes. The eight-hour version will be available as a digital album, and for those who prefer it, a one-hour adaptation of the work – from SLEEP – will be released on CD, vinyl, download, and streaming formats, all through Deutsche Grammophon, on 4 September.
“You could say that the short one is meant to be listened to and the long one is meant to be heard while sleeping,” says Richter, who describes the one-hour version as “a series of windows opening into the big piece”.