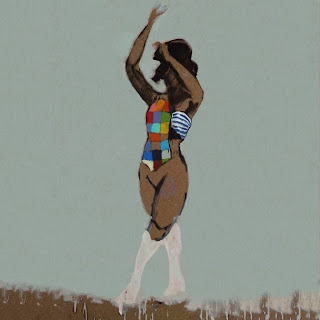 Coincidentally released whilst Depeche Mode partake in the UK leg of their current tour, or sensibly released the week after Remembrance Day, ‘Low Guns’ is a sweeping gem that will have you humming afterwards and eager to hear again.

Taken from groups forthcoming second album, ‘The Morning After’, the track features Dave Gahan on vocals who the group approached after remixing tracks from the Depeche ‘Sounds Of The Universe’ album.

Based in London, but with founder members David Greenep and Ben Roger originally from Cornwall, the group are now a six piece and were allegedly named after one band members revealed they had six toes on each foot.

You may not know the name but they’ve certainly got high credentials – touring with Jamie T and remixing the Nick Cave side project Grinderman.  It’s easy to see why too, they’re a talented a lot and the sweeping string section on ‘Low Guns’ proves the fact.  They also played on the ‘The Light The Dead Sea’ album by Soulsavers (also featuring Gahan and widely acknowledged as his finest vocal performance)

The track starts slowly with soft guitars and gradually builds into an epic with rolling drums and heightened emotions.

The video for the track is also fascinating.  Allegedly filmed as a continuous seven second shot before being slowed down to create a creepy yet beautiful accompaniment.