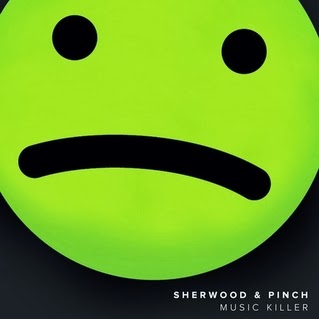 Slightly biased, but for me Sherwood can really do no wrong.  After over thirty years at the helm of one of the most underrated record labels around today, he constantly hits us with tracks that are always new and innovative, and above all, bloody good.

The pairing with Bristonian DJ Pinch is yet another master stroke, as the man known for his dubstep fusions with reggae and jazz, whilst vocals are supplied by Mikey Dread, Congo Ashanti Roy, Rebel MC and Lee Perry over an unmistakable sound.

The follow up to debut ‘Bring Me Weed’ has heavy bass and wobbles more than a mighty Jah, the drum beat is unmistakably On-U with its clinical snared edge and a more dancehall orientated sound which will blow you away when played with any decent volume.  There are also several Sherwood tricks and sounds thrown on along the way which will appease his fan base.

It’s catchy enough to attract new fans and its drive is certainly appealing and addictive.  It’s pacey and powerful and deserves to be heard all over the place, and if you’re in the right clubs then you’re bound to hear it.

There are dubs as you’d expect and the accompanying ‘Dubplate Pressure’ version does exactly what it says on the sleeve which displays a wry sense of humour with an adaptation of the Spotify logo.  Having a dig at Nu Skool? You better believe it.

The combination of the two artists certainly initially raised eyebrows but the pairing has proved that it is exciting, and with an album promised for 2014 may possibly also have some longevity.