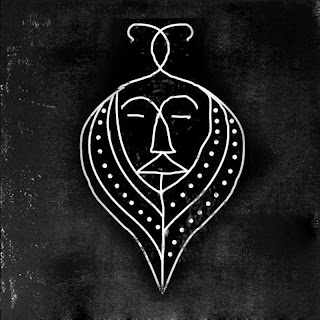 My Panda Shall Fly, returns with a new album of mystical techno sounds.  I go to eat bamboo shoots.

Last November, I reviewed the EP by My Panda Shall Fly and Will Ward, and, at the time I said “The promise is there and I’d like to think that MPSF is capable of much more’.  I was right.

‘Tape Tekkno’ sounds as though it could have been recorded on good old fashioned cassettes, even down to a loss of hiss and/or background noise between tracks (yes, I am that sad to notice).  But, it seems nowadays that analogue is the new digital, and the sounds on this album are clean and precise.

On first listen, several of the eight tracks on show here sound as though they could be two tracks played over each other and a little hard on the ear, but, after further listens, you get it.  It all clicks into place and you realise that Suren Seneviratne  is actually a pretty clever chap.  The song titles are strange, often non-sensical, (take opener ‘---+ Beat’ for instance) but in a way, this serves to add to avoid any pre-conception as to what may be ahead.

Combining technoid beats with often mystical sounds, MPSF has an album of interest and is interestingly different.  Often random sounds join some infectious, dance inducing beats which work as well just when given an  easy listen.

‘Dark No’ has squeaks and blips a plenty and a hypnotic back beat with slippy snared percussion.  A weird sound and very compelling.  The world of Suren could well be a strange one, but, it’s definitely worth a visit at some point.

It’s not all low profile easy listening though as ‘Trance ###’ shows.  A fierce drumbeat with a looped sound byte is welcome, as is the chilled and funky ‘0_’ which is a delight when listened to with headphones.

Album closer ‘@ Tune’ is another vociferous mish-mash of sounds with a post-acid house bass line which competes against swirls of sound to end an album full of surprises.