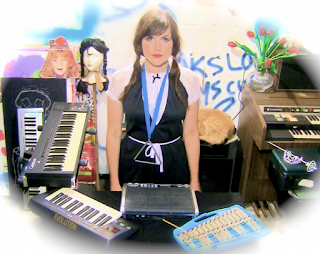 Now and again, a truly innovative album comes along and makes a huge impression on you.   I had that experience with Lil’ Golden Book, the debut album from Princess Chelsea - (see my earlier review here or Louder Than War here )

Formerly of Teen Wolf and The Brunettes, Chelsea Nikkel has created a magical album which has had many rave reviews, and, if there’s any justice in this World, will make her a household-name.

When the opportunity came to throw a few questions at her, I naturally jumped at the chance:

Do I call you Princess or Chelsea?

My friends call me both.

How is the music scene in New Zealand? Anyone we should be looking out for?

There is always a wonderful undercurrent of music being made by New Zealanders who have no intention of comprising their art to ‘get famous’. Active musicians I enjoy at the moment are The Eversons, Wilberforces, Las Tetas, No Aloha, Leno Lovecraft, Vassafor, Street Chant, Golden Axe and most things Lil’ Chief Records releases.

Lil’ Golden Book has received good reviews in the British media - what sort of public reception do you expect to the album?

I expect it to be mixed, and when it is appreciated it could be on a few different levels.  It seems as though some people who would not normally listen to my music are being exposed to it through the viral interest in the Cigarette Duet music video. The comments underneath that video I like the most are the ones along the lines of ‘this is the weirdest music I have ever heard... but I like it... ”. The very thought that I could be somehow responsible for introducing an unsuspecting member of the public to ‘weird’ music is heart-warming.

The album is certainly very original, do you mind that the media called it ‘strange’ or ‘freaky’ ?

Not at all - I quite agree. 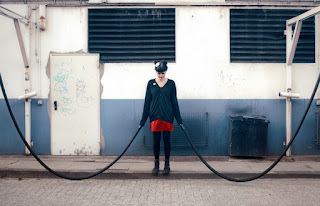 Any plans to come to the UK to tour? I’d like front row tickets please.

I recently played a few shows in the UK and I am planning to return in Summer 2013.

What music are you listening to at the moment? Favourite song? Favourite album?

I have been listening to a bunch of music from the early 1930s, Al Bowlly and dance bands like Lew Stone and his band & Roy Fox and his band.

Boa Constrictors is a project by a very young Joe Astle from LA, who frankly I believe to be a genius. My favourite track by him at the moment is ‘I didn’t know that I liked you til you ignored me’ from his self released album ‘Anomic’ available on Bandcamp for free.

He writes and records music in his parents garage and is like a young Daniel Johnston / Brian Wilson hybrid who fell asleep for forty years while listening to Pavement’s ‘Crooked Rain’ album. Due to his interesting and somewhat isolated background I believe him to be completely uncontrived, which makes his music resonate even more with me.

For those of us that don’t know, what is a Lil’ Golden Book?

Little Golden Books are a series of childrens books that started in the 1940s and are still being released today. They have a distinctive and timeless design that hasn’t changed much - you can identify them by their tell-tale golden spine.  I called my album Lil’ Golden Book instead of Little Golden Book to hopefully prevent myself from getting sued but also to pay homage to my New Zealand label Lil’ Chief.

Your lyrics, whilst simple, are engaging – what things influence your writing?

I suppose I don’t feel the need to prove I know big words.  Like others my writing is certainly influenced by my life experiences and the private and public figures I admire. I am a fan of ‘double-barrelled’ messages however I am not a fan of pretension. My favourite lyricists and writers keep it simple, direct and classy.

You’re classically trained on the piano, does that help in the writing of your songs?

Yes certainly, I suppose I feel very comfortable on a piano and I almost always use one to begin my compositions.

I’m coming over for a meal, what would you cook me?

I’d give you 12 raw oysters from Tio Point and a glass of Kumeu River Chardonnay.

Winston is pretty good, he turned 13 recently and for his birthday I bought him some catnip and a packet of Friskies Party Mix Beachside crunch. 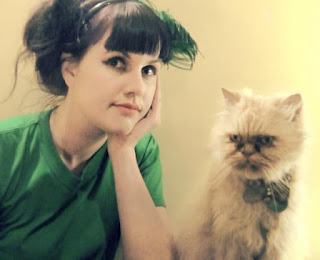 There is a real fairy tale/Merry-go-round/Wonderland feel to the album – what’s the
reason behind that?

To be honest I don’t plan how my music is going to sound - it just ends up that way.  A lot of songs I write and arrange as I go so it’s all quite accidental.

The album is best listened to as a whole, rather than individual tracks. How important was it to have a ‘theme’ throughout the album?

I’m a fan of the album format and it was important to me to make a cohesive piece.  In saying that I also didn’t want ‘filler‘ and I think each song could stand on its own although perhaps not make as much sense that way. I am hoping to achieve a more cohesive message with my next album.

God Save The Queen or God Defend New Zealand?

Any ideas for themes for the future?

I’m working on ideas concerning the internet and the social depression I believe it is causing. I’d say it will be a very sad album indeed.

The album tells of growing up in New Zealand – are there any things you’d change?

No, I was reminded of this when watching Back To The Future recently. Changing your past is a silly idea and would change your present self. I like my present self!

If you could have dinner with any five people, living or dead, who would they be, and why?

I am quite interested in the American presidential election at the moment so for me Bill Clinton, Hillary Clinton, Mitt Romney, Ronald Reagan and President Barrack Obama would make for interesting dinner conversation. If I could get a bonus Sarah Palin that would be nice too.

What do you think of British music?

I think Brits should be very proud of their musical legacy. I used to think that it didn’t matter where a musician was from, but have come to realise that’s not true at all. Music is part of what makes up the culture and identity of a country and where a person is from and the society they live in is part of what makes them who they are and therefore their art what it is. Excessive ‘hyping’ of musicians in Britain and in other countries concerns me.

That Yellow song was pretty good.

What does the future hold for you – how do you follow up such a talked-about debut?

I am nervous about it. I’m working on my second album at the moment and it will be a concept piece like the first, however I’m hoping to say more with the next release (but still with few syllables). I am going to collaborate with other songwriters I admire this time around so some of the characters who appear on the next album will not be my creation.

I’ve been told that by a few parents - and what a compliment as children have such pure and unadulterated opinions.

We have lots of 80s artistes reforming and touring in the UK, who would you like to get back together and come and play in your Living Room?

Wings although sadly not possible.

I wake up to the sound of Winston wailing in my bathroom. He likes to wail there as the natural reverb makes his cries sound more desperate than if they were coming from other rooms in the house. He is a very intelligent cat. After stumbling out of bed I open a can of Fancy Feast Tuna and Whole Prawns in Seafood Broth and tenderly dump it on the porcelain platter he likes to eat from.  As a self - managed artist I generally have a lot of ‘admin’ to take care of so will often spend the first hours of my morning ‘admining’ while at the same time trying to think of funny tweets I could write to show off how cool my personality is. To be honest I am getting rather sick of self-management as it is quite time consuming so any big time managers reading this hit me up on Facebook. I am working on my second album so I will spend as much time as I can every day writing lyrical ideas, and recording in my lounge. It’s quite common I’ll have a Bourbon old fashioned at my side while doing this although I am making a real effort lately to not drink so much. I work, cook and clean like most people. At some point in the day I’ll usually search EBay for vintage Chanel items. Every second day I pump iron at the gym as I believe a healthy body helps keep a healthy mind.

Prince Harry is single, maybe he’d like a copy of the album?

Is Yulia a real person? If so, how is she about your feelings?

Yes, Yulia is a singer from New Zealand. Around the time I wrote the song there was a lot of national media coverage about her engagement to her manager Glynn who was an older man. While amusing, I found the coverage and public response bizarre and decided to write a song from the point of view of the New Zealand consciousness. I’m not sure what she thinks about the song or if she’s even heard it.

I’m sorry that The Script found their way to New Zealand, can you forgive us?

I have no idea what The Script is, I guess I should keep it that way! 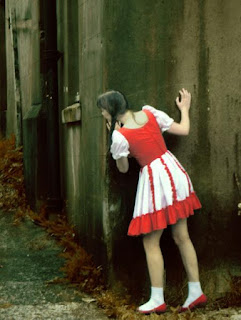 Published on Louder Than War 17/10/12 - http://louderthanwar.com/princess-chelsea-inteview/