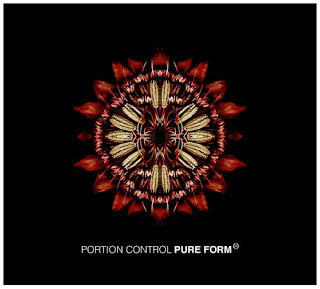 I Staggered Mentally…..
I’ve just receive my copy of the new Portion Control album, Pure Form, and it’s prompted me to have a bit of a ramble.
The first (and last) time I saw PC was when they supported Depeche Mode at the Manchester Apollo in 1984. I was suitably impressed and had a bit of a catch-up on some of their singles and albums – Raise The Pulse, Purge, Go Talk, Rough Justice to name a few. I loved their uncompromising energy and their unwillingness to sound like everyone else although they did fit nicely into a bit of an ‘industrial’ sound that we emerging and being sent mainstream by the likes of the aforementioned Mode.
In 1985, they released the single The Great Divide, it was a cracker, and, as a 17 year old slowly realising there was life outside the Top 40 Singles Chart, I actually wanted it to be a hit. It wasn’t, but, in a strange sort of way I like that. It probably started my delve into other areas of music, and I quickly found that much of the stuff I liked wasn’t available on the High Street – instead the likes of the wonderful Rough Trade Shop or Adrian’s came to my rescue via the Royal Mail!
With their blessing, as a member of the Information Service, I even started up a PC penfriend service – I’m not sure if they remember. The following year came Psycho-Bod Saves The World, an album of wild, stomping, mirth that filled me with much satisfaction.
Then Portion Control disappeared.
Last year, I don’t know why, but they came back to my mind. I dabbled on the tinterweb, and, found that two of the original line-up, Dean and John, had reformed and released a new album back in 2004. Fab! I checked them out to find that they had released 4 new albums without me knowing. I invested in the wonderful cd set, Archive, which brought together all their vinyl releases from way back when and slowly started to buy the stuff I’d missed!
Pure Form was released on Monday 16 April. I received it yesterday and it was straight on my car cd player this morning. It doesn’t disappoint! The throbbing anger and tight backing tracks really strike a chord (pun intended). I know they won’t be everyone’s cup of tea, but, in a world of TV-Talent-Show-Wannabees, they give me hope that someone somewhere doesn’t want to confirm and wants to do exactly what they want
Call them what you will – electro industrial pop, synth punk, I don’t know. What I do know is that they possess power, strength and anarchy over often spewing vocals. ‘Uncompromising’ is how I like to describe them. Oh, and ‘Bloody Brilliant’!
You can buy their stuff here - http://www.portion-control.net/ - and, if you like a musical trip, I strongly suggest you do.
Posted by hiapop Blog at 13:25