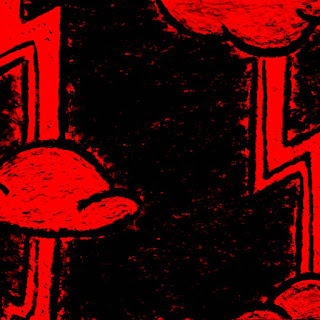 Chance Weekend delivers on multiple fronts that are sure to win over neo-psych heads: soaring harmonies, nuanced instrumentation, and incredibly hook-driven melodies. For a body of work that appears to be as a focused as this, its construction was anything but clear and straightforward.

In our dialogue with KiDD, he suggests that ‘chance’ was used as a compositional technique in an attempt to break away from his natural songwriting process.

Although KiDD’s palette is foundationally indebted to the sugary pop sounds of the 60’s, his unorthodox approach to composition creates a level of intrigue and excitement that begs the listener to pursue the album to the very end.

Take for instance the late album cut I See Crocodiles. The lyrical melody is reminiscent of something from the Sgt. Pepper’s era, yet is counterbalanced by a contorted feedback-hum that anchors the entire track; in this instance, the familiar sounds of yesteryear are disrupted by the modern marvels of audio splicing and beat construction. This push-pull relationship between tradition and modernity adds nuance to KiDD’s pop sensibilities.

Another song I’m quite fond of is back half standout, Unknown Hometown. Much like I See Crocodiles, the track intertwines beautiful vocal melodies with interesting beeps and bops that only modern recording can really offer to the home-studio auteur.

The democratization of home recording has enabled anyone with a laptop and recording software to create and distribute their work to the masses. As a result, the music space is congested with noise and music that is, quite frankly, not very good. KiDD, however, masterfully uses his cupboard confines as a space of pure and exhilarating inspiration and we’re excited to see what he churns out next.