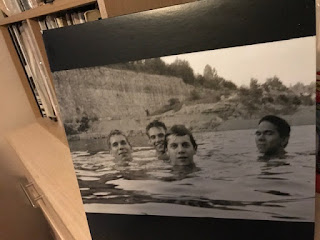 With the first ever BBC National Album Day well underway, Louder Than War / Radio Europa's Simon Tucker tells us why the album will always be his favourite format.

Before we start I must stress that I am not about to go on a format tirade or how things were better "in my day". They weren't as you will know if you are watching any of the Top Of The Pops reruns (Claire & Friends?? Sam Fox?? Jimmy effing Nail???). No, this will be just my musings on why I personally fall at the long-player altar and why the shuffle button shall never be knowingly pressed.

It starts with the artwork. The album artwork was key to my intrigue. Some of my earliest memories are of pouring over the LPs in my living room. It didn't matter one bit what the music was like inside, if I liked the artwork I will still hold warm memories of the album to this day. Elton John's Goodbye Yellow Brick Road, Rod Stewart's Atlantic Crossing, Bowie's Ziggy Stardust and my personal favourite, Queen's News of the World. News of the World holds a special place in my memory and not just for sentimental "family moments". I still love it because it scared the shit out of me when I was a kid. I had a recurring nightmare about the giant robot coming for me. I was one of those screaming people scattering for their very lives. Every time I woke after one of these dreams I would head downstairs and check the album cover over. Had anything moved? Had it come to life overnight? No all was as it was the day before and once again I would start examining every detail of the sleeve. 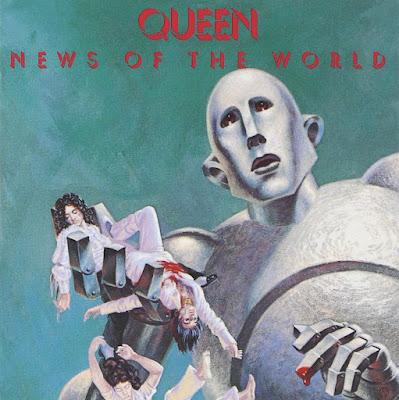 Artwork remains pivotal to my relationship with the album. I have bought some wonderful albums over the years based on the cover alone (Antichrist Superstar, Unknown Pleasures, The Idiot to name but three) and I have bought some shockers as well (Kula Shaker still gives me the willies whenever I see it in a discount section).  My love of album artwork really exploded with my dive into the genre of rock / metal. Iron Maiden were masters of the album sleeve. Every single release demanded hours of investigation. You would hunt for the symbol that was hidden on every cover and look forward to seeing the setting that this new Eddie would find himself in. Metal is a genre that still excels in cover art when it doesn't fall into cliché font and gore. 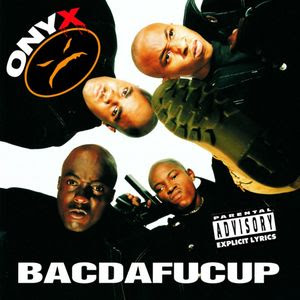 The album remained my favourite format even when I entered the rave scene. Whilst dance music in general was focussed on the 12" single I was more interested in how that song would fit inside a DJ's set. The set was everything to me. Listening to isolated tracks at home could be enjoyable but what really set my pulse racing was how a good DJ would sequence their mix. There can be a "big" anthem doing the rounds and you could see seven different DJs use it in their set over the course of the night but in some hands it would sound cliché, tired, bored  whereas in others it would sound huge, communal, and life affirming. I am blessed to have some very close friends who are incredible DJs and even though the sets they would perform in the clubs would be great it was always the after-hours house parties where they really opened up and released their deep cuts giving a true artistic representation of themselves...an album created on the spot at 4am.

Over time dance culture would start to produce some seminal albums and it is these that stand the test of time for me personally. I can enjoy No Good (Start The Dance) if I hear it on a night out or on the radio (the latter being more likely due to my increasing hermit like behaviour) but it doesn't excite as much as it does when I hear it sandwiched between Poison and One Love. The isolated single version of Inner City Life is a pivotal track between hearing it as part of the opening suite Timeless from Goldie's classic album its power is boosted to the nth degree. 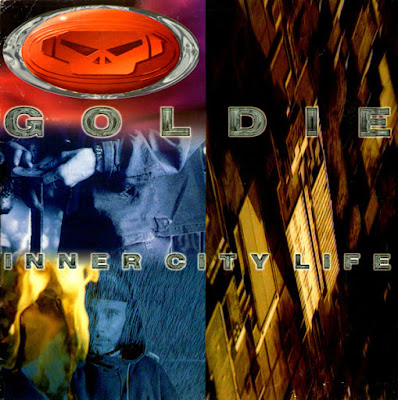 I feel an important aspect in my preferring of the album to the single in artistic terms is I grew up in an era where CDs started to dominate. Like I said at the top of this ramble, I am not a purist by any stretch of the imagination. I love CDs as much as vinyl and in fact there were many years where it was my format of choice. Not only was I still getting the sleeve art and the lyric sheets (very important to me) but I was also now able to listen to a complete album without having to get up out of my bed to turn the thing over. This suited me perfectly for many years as there was a long time there when I would smoke enough slate or soap bar to put a small elephant to sleep so the fact I could just press play, lay my head down, and immerse myself in an album was bliss. It was during this period where I believe I became a true music obsessive and started to focus on the nuances and little details that the musicians were putting into their albums (weed and mushrooms helped but they were the springboard not the crutch). Around this time I started discovering the "classics" and this is where the CD format really helped as I grew very fond of Pink Floyd and got to hear their celebrated albums Meddle, Dark Side Of The Moon, Wish You Were Here flowing freely with no interruptions.

Albums represent a true artistic statement in my eyes. I have often had debates with friends (my boss Matt at Tangled Parrot Records never says he prefers one or the other but will always get defensive when I say I am not a fan of the 7" single....it's the aging punk in him haha) over what it means to make a "great album" and this is an argument that will never be resolved. In my eyes, a great album should have a flow and thematic narrative running through it (no I am not talking "concept album") and not just be a collection of singles stuck together with some added songs to pad it out, YET there are examples of some seminal albums that are exactly that. Never Mind The Bollocks is the Pistols' only long player and is basically their singles with a few other bits thrown on yet it feels like one slab of concept and ideals that refuses to be pulled apart. Richard D James' self-titled album is skittering and fires off in all directions yet it never once feels jarring or forced. Every track feels like it belongs on there. I know there are many who really dislike The Wall (hi Greg!) but for me it is the Floyd's greatest achievement and their truly most avant-garde album. This is certainly due to the fact that I first heard it when my mind was fractured and falling apart and the sheer desolation, nihilism and no-fucks-given attitude of the album resonated deeply with me at the time. 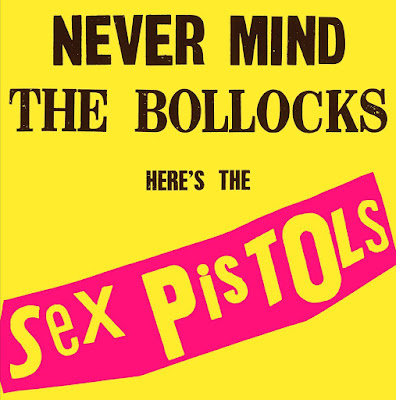 Albums will always be my preferred format. It is the reason I get excited when one of my Twitter friends suggests an album that I may enjoy. It's the reason I still read album reviews constantly. Singles to me are feeders for an album. If I hear a song I like I get excited about hearing the album not just the next single. It is there where I really find out what an artist is about.

Albums can help you through so many different life obstacles. They can soothe you through grief and accompany your thrilling first sexual encounters with a new partner. I once worked with someone who only had music as background to nights out or on the car radio. When I suggested using music as a way of getting his girlfriend "in the mood" and to soundtrack the rest of their night he was slightly apprehensive. I lent him three albums on the Friday and on the Monday he was in work promising to name his first born after me. You don't get that with a 7" (sorry).  Albums can make you laugh and they can make you cry.  They may say that the format is dead due to the listening nature of young people but only yesterday a young trio from West Wales (Adwaith) released an album (Melyn) which was a perfect example of what an album should be about as it did indeed include some singles but then the band fleshed it out, experimented, surprised  their audience with different textures and musicality making Melyn a statement unto itself. Young people in bands or in bedrooms still dream of making albums and that is why the format will never die out. 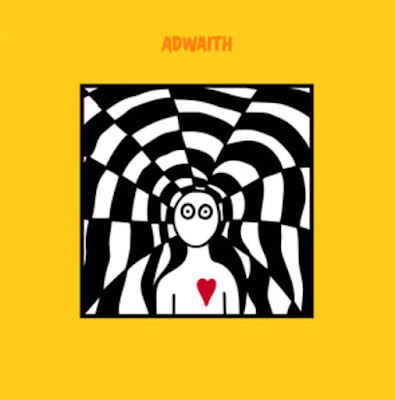