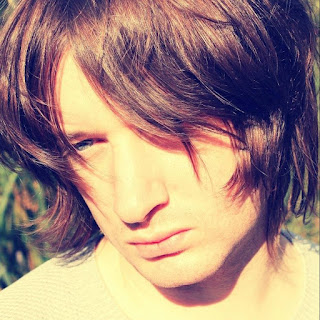 Renowned Manchester guitar icon Michael Reed (aka Mikey Guitar) steps from side stage into the centre to present a mostly instrumental record that is brimming with beautiful homespun guitar virtuoso music that is impossible to pigeonhole.  It takes you on a spiritual journey through a mix of musical styles and moods, and is set to send listeners reeling.  Sound wise, Vini Reilly and Durutti Column have been whispered - Mike Oldfield has even been mentioned - but any musical reminder is more by coincidence and not by design.

"Fables" was home-recorded and self-produced throughout late 2014 and early 2015 in a haze of frenzied creativity and self-discovery, which gives this collection of tracks a deeply personal feel.  "I developed a whole new style of playing in and around the summer of 2014, not through studying other guitar players or artists, but somehow felt as if the music that was passing through me didn't lend itself to what a typical band would do - it's less obviously structured and free of the commercial constraints that I've had to work under in the past". Such is the love of Mikey's guitar style and laconic social media presence that the album got fan funded in under a week via the indiegogo platform, taking in pre-orders from people all over the world.  "Emilie" - the first single release and only track to contain a guest vocal on the album (Greg Matthews of Bauer Indie Synth Pop Fame) - is a sprawling ode to unrequited love dressed in 60's pop psychedelia recalling hints of White Album era Beatles, and is destined to be taken into the hearts of thousands.