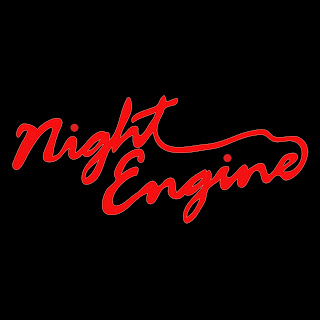 Night Engine are set to release a new single on their own Inside Job label on the 8TH of June 2015.
‘Wound Up Tight’ will be available as a digital download and also released on limited edition seven-inch vinyl. Self recorded by the band in Isleworth, mixed by WTNSS (Bradley Spence & Charlie Russell) in Dean Street Studios, Soho and mastered by Joe LaPorta in New York City, the single will come accompanied by a video by filmmaker Joe Donaghy.
Backed with ‘Stay With Me Tonight’, the new single is the first indication of what to expect from the band’s eagerly awaited debut album which is due for release in September.
Taking their inspiration from ‘Berlin’ era Bowie and Lou Reed, the Night Engine line up of Phil McDonnell (Lead Vocals / Guitar), Matthew Starritt  (Bass / Backing Vocals), Dom Brennan  (Synths) and Lee Jordan (Drums) formed around two years ago and have released two highly acclaimed singles. They attracted the attention of the media and public alike and have since toured the UK and Europe with the likes of The 1975, Kaiser Chiefs, The Joy Formidable and last year played Great Escape and the Radio One /NME stage at Reading & Leeds.