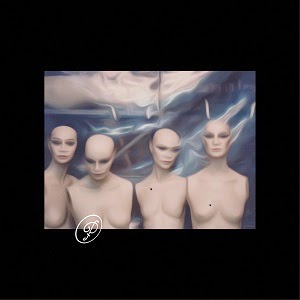 Parisian DJs/producers Get A Room! proudly present their debut EP ‘Inbetween’, set for release on February 2nd 2015 via Partyfine, the label founded by Pierre-Alexandre Busson, better known as fellow French producer Yuksek.
Although this is their first EP, Get A Room! – the moniker of Aurelien Haas and Jeff Lasson - are certainly no novices to the Parisian music scene. They have been active for years: digging through crates to find and edit hidden gems before reintroducing them to the movers and shakers of the French capital through concept store Colette and their own imprint Small Time Cuts.
The duo are already celebrated for their remixes, which have been released through some of the best electro labels around including Kill The DJ, DFA, Ed Banger, Tigersushi, Labelle, and Meant. Their sleek sound is also the toast of fashion labels: they can often be found behind the decks at Paris Fashion Week and are responsible for the sound design of both Melinda Gloss and Paul & Joefashion shows.
This debut effort showcases the quality production of the pair and their willingness to explore a variety of genres and tempos. EP opener, lead track ‘Agony & Pain’, is a peak time number that skillfully combines disco basslines with dubby analogue fx to create a versatile dancefloor winner. The original is accompanied by a remix from experimental producer The Emperor Machine, who has previously turned his hand to remixes of giants like Moby, Daft Punk and Royksopp. With his edit of ‘Agony & Pain’ he creates a strong hook with chopped up vocals and trademark synth arpeggios for a decidedly 90s spin.