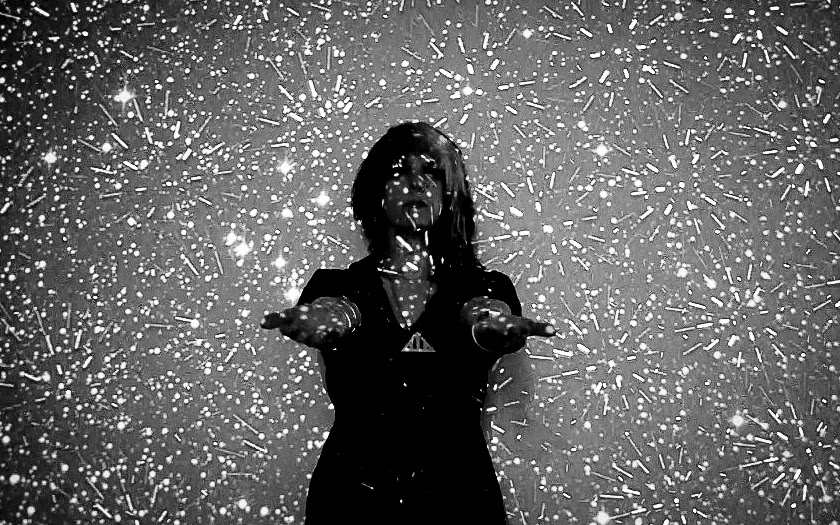 Widely accepted as hiapop Blog's 'new favourite band', Kat and Drew aka Feral Five have exclusively revealed to us details of their new single due to drop on 22 September via Primitive Light Recordings.

Available as a Limited edition 12” Vinyl with a 3D printed design the new single is the duo's post-punk electro take on 3D printing people:

"3D Printing is here to stay. But what of the future? Feral Five predict a world where not just body parts, but whole beings are made to order. But is this a benevolent act or has humanity created a monster?

"3D” (Print me) will be out on limited edition 12” vinyl, with original artwork by tribal pop artist Camille Walala, and a 3D design brought to life by the Ferals’ own 3D printer. It is an edition of 300.

Designer Walala has worked with Nintendo, XOYO, and Land of Kings. The tracks were mastered and cut by Nick Watson of Fluid Mastering, and the vinyl was pressed at Diamond Black in the UK.
Feral Five will launch the vinyl with a 3D printing party in London on 20th September.

Raised by wolves on a diet of punk rock, disco and roots, Kat and Drew Five meld punk attitude and biting lyrics with a dark lived-in pulsing heart. Feral Five’s debut EP Skin was dubbed an alternative classic by hiapop Blog and Louder Than War, and Nirvana biographer Everett True described it as "Brooding and deviant. I like this a whole bunch.”

The Ferals are obsessed with science, and write songs about the dark human side of tech, as well as love, lust and madness."

The vinyl is available to pre-order at Rough Trade here , and will be in other record stores and shops including the East London Design Store. The Digital tracks are available on iTunes, Amazon & other download stores.