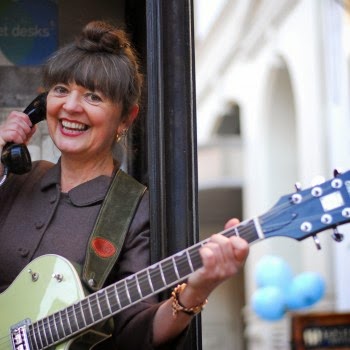 With her new album, Anarchy Skiffle recently released, the former lead-singer with The Horns and The Chefs, Helen McCookerybook took time to let me have a a list of her (current) Top 10 albums.

"My top ten changes every day. I have no musical loyalty whatsoever!
These are not in preferential order and don’t have anything to do with skiffle, either":

Funky Kingston by Toots and the Maytals

An amazing record to dance to and sing along to, with that urban mystique of listening to musicians from another part of the world making music for their own audience. This was appropriated by young British people in the 1970s especially punks whom played it endlessly before the bands went on at gigs.


Gladsome, Humour and Blue by Martin Stephenson and the Daintees

This is my favourite Daintees album. It’s an album to listen to and think about, and an album to dance to; ‘I Can See’ is a beautiful song that I wish I’d written!  It’s been amazing listening to the versions of these songs played on the recent tour, by the band all grown up. The songs have well and truly stood the test of time.

Rockin’ Rollin’ by The Maddox Brothers and Rose

This kitsch hillbilly group were discovered when the A&R men went in search of blues artists in the backwoods of America. Their songs are funny and rowdy and Rose Maddox hollers at the top of her voice. It’s not pretty music but it’s really spirited. She became a solo artist and toured on her own until she reached a ripe old age. And I love their cowboy shirts.

This is the album with the banana on it. My old band The Chefs did a cover of ‘Femme Fatale’ and I love the contrast between the gentle beauty of some of the tracks like that one and ‘Sunday Morning’, and the hellish noise of some of the others like ‘The Black Angel’s Death Song’.  This is a bit of an art college special because of the Andy Warhol connection. Art colleges were wild in the 1960s and 1970s until the Thatcher grip wrung the spirit out of them: it’s coming back, though.

This is stark and minimal. I love the sound of the twangy bass guitar and the contrast between that and Alison Statton’s wispy vocals. I went to see them live and I thought they were fantastic. There was nobody like them then, and there hasn’t been anyone like them since.

This compilation has fantastic songs, fantastic voices and fantastic reverbs. I played a song from this to a song-writing group and discovered that I had Alton Ellis’s daughter sitting there in front of me. She also had a gorgeous voice.

Martin Stephenson introduced me to Etta Baker, a Piedmont Blues artist with a distinctive style that sounds like sunshine on a porch. I visualize her sitting there in her chair, using a kitchen knife as a slide, as the sun goes down. She is inspirational.

Northern Soul is mad and dynamic and almost out of control- some of the best dance music ever. I like the rawness of these tracks. Some of the singers sound as though they are going to burst.


A Grand Don’t Come For Free by The Streets

It’s easy to forget about The Streets but I did really like this when it came out. It is very clever in a good way. You don’t realize the amount of care that’s gone into it and it’s really English folk music brought right up to date- urban folk, I suppose you could call it. Blows Mumford and Sons right out of the water in the authenticity stakes.

I love French pop. There is a wealth of stuff to listen to from the 1960s onwards and Vanessa Paradis fits right into the story. There are some amazing artists in France; the hip hop artist Wax Tailor makes swing electronica and barminess is de rigeur (pardon the pun). Check this out too if you don’t believe me.

You can listen to tracks from Anarchy Skiffle here. 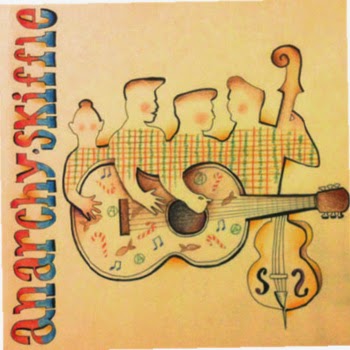