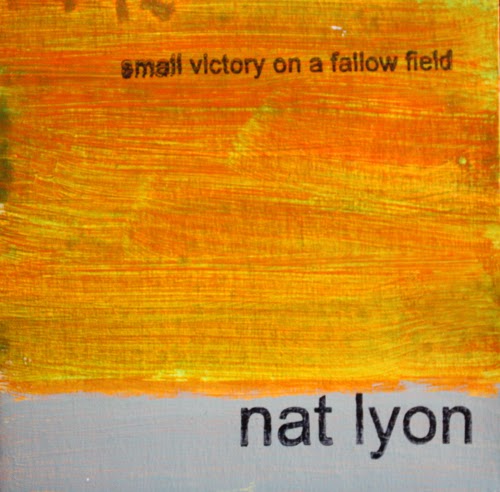 Despite having second thoughts about being termed a DIY artist, Nat Lyon has followed up last year’s New England Paradigm Shift album with another only six months later, that sees the evolution of his sound taken one step further.  If the tracks on Small Victory On A Fallow Field are to be applauded then the 100 home-made hand-painted cd covers that accompany it deserve an encore.

Such was Nat’s creative flow at the time of his last album that he carried on writing straight through for this new collection.  There’s an altogether mellower feel to his new stuff.  The slightly off-key moments are still present, as are the unplanned sounds of people in his kitchen or dogs barking, and it is these anomalies that form many of the delights of the album.  It’s overflowing in passion and brutal honesty.

Lyrically, Small Victory carries on where New England left off.  Based on true observations and an overactive mind, they are again compelling.  Often not rhyming, often clumsy, they are perfect in their imperfections.

Nat has involved several partners from America, Germany and Britain to enhance the sound to good effect.  CH, the tale of the suicidal school teacher, is a dark as Nat gets – it’s simple and slightly scary with its echoed dubbed out finale and creaking floorboards.  He sees this album as one of his “most challenging creative pieces” and it’s difficult not to agree.

Landseer Frequency is avant garde ambience with spoken voices added over a gripping backing simpleness before exploding into album highlight CHARLIE! which harks back to Nat’s punk roots with two minutes of big noise and random vocals.

There’s a more settled approach to Small Victory.  Despite it’s often ad-hoc inclusions it continues to surprise.  Part acoustic, part electronic and much sampled, its tales and inherent characters instil intrigue and mystery. Splitting the album title into tracks A Small Victory and its follow on On A Fallow Field gives an inkling to Nat’s thought process.  The former a sleepy acoustic instrumental, the later a full-on pop ramble.

Coming a long way since his last album Nat is already working on his next.  An artist clearly overflowing with ideas and entertaining ones at that.  Closing with the hypnotic Western Fiction and the sound byte “stars are coming out” the album is fifteen tracks of well-constructed songs which are difficult to slot into any genre.  A clever artist and an incredibly entertaining album.

A remix version of the album entitled This Is Not The Map will be released on 28 February and will be available as a free download here. 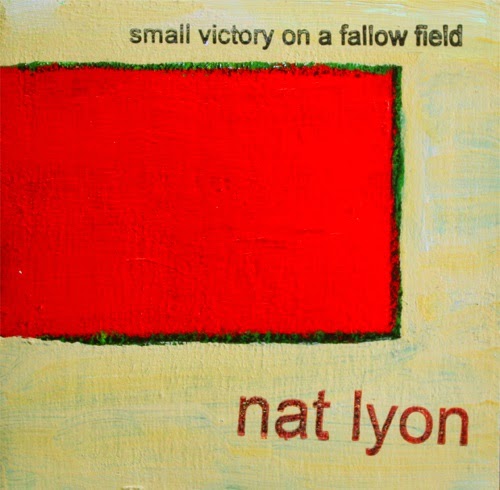