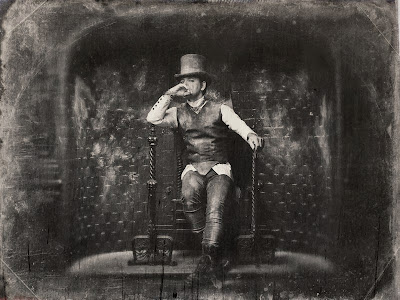 Reviewing for Louder Than War is an amazing thing.  Discovering mew music and getting to share my thoughts with the World.  It also throws up some incredible opportunities.


How’s Gary Numan’s World at the moment?
It’s very hectic, a little worrying but very exciting. With the new Splinter album just days away from being released it’s an important moment in my life. I’m very hopeful but also very aware of how difficult it is for things to succeed. But, I love what I’m doing, I’m very happy with the album and the initial reaction to it so I have nothing to complain about.

Splinter promises to see you on top form,  many think the finest of your career, do you still get the same buzz after making music in five decades?
Very much so, in fact the release of Splinter is probably one of the most exciting times I can remember. The general opinion seems to be that it’s one of my best albums, quite possibly the best thing I’ve ever done, so you would have to be dead inside not to be buzzing about that reaction. It’s an amazing response to something that’s taken me a long time to make and I’m blown away by it.

Who excites you musically nowadays?
A band called Officers are my favourite at the moment. Their debut album was amazing. They’ve toured with me twice in the UK and the fans love them. We did a single together last year called Petals that I was really proud of. In fact we filmed the video for that the day before I flew to Los Angeles to start my new life here.

Your admiration of Nine Inch Nails is well known – how big of an influence have they been?
I don’t think it’s possible to be a big fan of something without some of it rubbing off. I know Trent has talked very eloquently on many occasions about how I was an influence on him, and it certainly flows both ways. I’m a great admirer of Trent and what he does on many levels. He sets a very high standard.

I’m coming for a meal, what are you making me?
A hot dog in the micro wave. 35 seconds and a slightly stale roll and I know I’m happy. That work for you?

Have there been any covers or samples of your own songs that you’ve hated?
Yes, but I would never mention them. I’m always flattered and honoured that someone wants to cover or sample one of my songs so, even if I don’t like the results, I still see it as a positive thing. I think it would be very bad form to then rubbish their efforts. There has been some diabolical shit though.

What drives Gary Numan?
I love making music, I love being on the road touring, I love challenges, I love being in a band. I also have a real fear of getting old so I try to cram as much into life as possible. I love my family and I want to give them the best life I possibly can.

When was the last time you drove a fork lift?
1978. We used to set up a small track made of wooden pallets in the warehouse where I worked and have fork lift races. It all went very well until we tipped one over and smashed a huge pile of wedgewood. A few months later I had a number one single in the UK so I never got chance to race a fork lift again.

Looking back at ‘Bombers’ and ‘That’s Too Bad’, did you ever think you’d make it as a performer?
Always, but more due to the blind optimism of youth than any thoughts of actually having any talent. I think when you are young, everything you dream of seems very possible. Life has yet to knock the shit out of you and make confidence and hope the fragile and precarious things they become as years go by.

You can share an evening in front of the TV with 5 celebrities, living or dead – who would they be?
King Leonides of Sparta, Julias Ceaser, Alexander The Great, King Henry the 8th and Jesus. I would like to learn about glorious and brutal leadership and conquering overwhelming odds, and I’d like to have a chat with Jesus about some other stuff.

The late 80s and early 90s were a difficult time.  What made you keep going?
I was £600,000 in debt so that kind of gives you a reason to keep trying. But, in truth, I never lost my ambition or desire to keep writing songs. I think if you genuinely enjoy what you do, you still want to do it even if the success has faded somewhat. Plus, I am stupidly optimistic so I always believed that things would turn around, it took a bit longer than I’d hoped but it all came good again eventually.

When you took part in The Race on Sky ,you lost out to AC/DC’s Brian Johnson. Any hard feelings?
None whatsoever, but that’s because, although I came second in the final race to Brian, I won the overall competition. I loved that time actually. Brian was such a cool man to hang out with.

Splinter was originally planned for release in early 2010 – why the wait?
After the last studio album Jagged was released in 2006 I had a second child, then a third, reached 50, got depressed, was put on medication for several years and, in general, had a hard time for a while. Didn’t write anything for over three years, and then it started to come back but in small bits and pieces. I didn’t really get in to my stride with Splinter until early 2012 so things just didn’t work out the way I planned or hoped for. Then, in the latter part of 2012, I immigrated to the US so that got in the way of progress on the album for while.

If you could go back over your career, would you change anything?
I’ve made a vast amount of mistakes but I’m very happy with where I am at the moment. If I was to change some of those mistakes who knows how life might have turned out. It might be worse. To be honest I actually don’t waste a moment of my time looking back and regretting things, or wishing I’d done something different. I’m here now, and I want to make the best of what I have.

Do your children show any early signs of a musical future?
All of them. They all sing, they all dance, after a fashion, and they all show interest in playing instruments, mainly piano at the moment but Raven, my eldest, is also learning Viola at school. It’s something I will encourage them in as much as possible. I hope they all decide on a career in music. I love my life, and I’m sure they would love a life that revolves around music.


Lots of touring, I have a film score to write in December and January, more touring next year and another album to write. I’d really like the follow up to Splinter to be ready for the end of 2014. I have some songs to write for two films that are coming out in the new year and I would really like to get my long delayed novel finished and published. My children have started to learn to surf so I wouldn’t mind having a go at that as well. I need a new hobby. 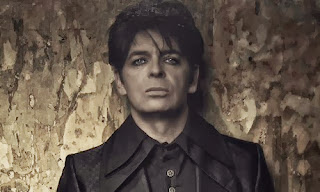 Big thanks also to Lewis and Duncan 9pr for their help in getting the interview together.