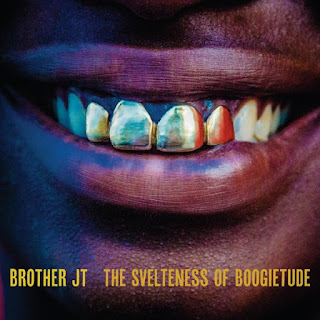 John Terlesky, founder of the Original Sins, could well be our 21st Century Boy.  Not only does the album title hint at a Bolan influence, but the tracks could almost be modern day replies to the master song-writer.  Gongs are banged and guitars are boogie-fied on thirteen memorable tracks which could quite easily, for the uninitiated, be Bolan covers.

You won’t find many a better album opener than the stomp of ‘Celebrate Your Face’ which also has more than a casual nod in the direction of Bowie circa Spiders From Mars.  It’s immediate, it’s brash and bold, and it’s the perfect progression to the 70s glam sound.  There could even be the riff from ‘The Slider’ hidden at the bottom of the ‘Glider’ but surely I’m reading too much into this?  If I was, them I have no defence for ‘T.Rex Blues’ where the tribute can’t get any more obvious.

The Brother pieces together Zinc Alloy and boogies like the best of them.  He is a master craftsman, making the music I was a toddler to, classic again.  Journeying into roll-along pop rock with ‘Be A’ in a way that brings to mind Donovan’s ‘Season Of The Witch’ and even references the late great Ravi Shankar.  With song titles like ‘Sweatpants’ and ‘I Still Like Cassettes’, can you take an artist like this seriuously?  On the face of it, probably not, particularly when you hear the teddy bear squeaks and faux blaxploitation accent on the former, oozing hilarious funky sex like you’ve never heard, but you can’t help but love it and begin to think that Mr Terlesky is actually a modern day musical genius.

Things even take a quite lovely turn with the slow, acid induced, love feeling of ‘Green Curtain’ before cranking up again to the military stomp of ‘Things I Like’ with the razor edge vocals holding together yet another addictive tune.  ‘Many Man Smoke’ takes you on a trip you’re grateful you didn’t experience firsthand with echoes and swirls and fumes merry-going around your brain like a Wurlitzer possessed.  You’ve never tried drugs?  You’ll feel like you have after this!

The huge anthemic tracks on this album blend perfectly with the more placid numbers like ‘Mourning Dove’ and when the album ends on the Ozric Tentacles infused ‘Flotsam And Jetsam’ you’re left longing for more.

This album deserves to be recognised in 2013.  It’s original, it’s brave, and it has more Metal Guru than you can shake a dusty Les Paul at.  Marvellous.

Published on Louder Than War 13/05/13 - http://louderthanwar.com/brother-jt-the-svelteness-of-boogietude-album-review/