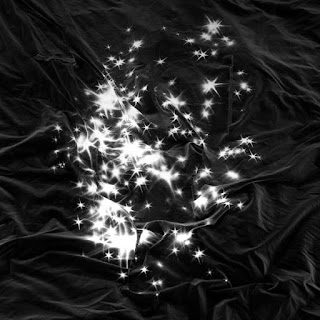 Formed in 2012, Baltimore duo Peals is William Cashion of Future Islands and Bruce Willen from Double Dagger.  Their punk roots have been firmly shelved in an album containing eight tracks of the highest quality.

Opening track, ‘Floating Leaf’, begins in an Oriental style of layered strings before closing with a couple of minutes of drone.  It’s a quite fascinating beginning to an album which completely caught me out in its simplicity and beauty.  ‘Blue Elvis’ slurs into being with a dubbed back beat and sumptuous guitar work, again slightly eastern in its roots, very medative and easy on the ear.  It’s interesting to note that there are no drums or bass guitars on this album which is maybe a conscious attempt to leave behind their ‘day job’.

The chime effects of ‘Belle Air’ are gorgeous.  Played over an artificial breeze and several sonic sounds.  Shimmering and echoing and constantly endearing, it’s intellectual calm for the drone purest.  A repeated chime loop whispering and creeping around your head.

Moving into ‘Pendelles’ and Cellist Kate Barutha enters the frame and adds something rather beautiful to the track.  Again, very moving.

‘Tiptoes In The Parlor’ is slightly more upbeat, with high pitched guitars which almost sing, and, comes in at less than two minutes long before the gentler feel of ‘Lonestar’.  Moving along slowly with a great hook which stays with you well after the track has gone (think Twin Peaks with style), and the layers and textures of the track, although minimal, are cohesive and well placed.

Tracks on the album flow, and the order of their appearance is a master stroke.  ‘Believers’ is near monotone slowly rising towards the end, superbly avoiding the urge to crash and scream out aloud, instead peaking and then fading out again.  Album closer, ‘Koan 1’ is probably the most complex of the tracks.  Again, a slightly oriental feel, chiming guitars and the return of Barutha, albeit short-lived.

‘Walking Field’ is a great album, full of surprises and full of good solid tunes.  You could do a lot worse than give it a listen.

Published on Louder Than War 12/05/13 - http://louderthanwar.com/peals-waking-field-album-review/