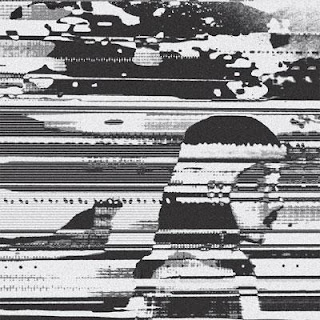 Celestial Stems quite literally sets the tone for this album.  The debut album from Jimy SeiTang (aka Stygian Stride) is a collection of six, Tangerine Dream infused, ambient/ drone tracks which you, I suspect, will either like or dislike.  Personally, I fall into the former.  The tracks are simple and beautifully textured, and, well, ‘nice’.  An album recorded on vintage, analogue equipment at Black Dirt in New York and mastered in Berlin, I can understand why people struggle with stuff like this.  It’s simple music, and, it’s a case of do you want to be challenged when you’re listening, or, do you want the easy way out and to listen to endless feed of reality-pop-star crap?

This isn’t a formulaic album.  It’s made with thought and care and you have to take that on board when you listen.  Listen to it for what it is – relaxing, layered, crystal clear sounds – thoroughly enjoyable stuff.  Opening with Celestial Stems are a series of deep monotones sounding as though being played on a church organ – perhaps you might hear the sound of foot pedals being pressed? – very choral sounding.  Hindsight is like the background music to some spaceage documentary – a gorgeous shimmering soundscape, with no surprises, so that you know exactly where you stand.  You know that as you listen to this in your bath, you’ll probably fall asleep.
Listen to in a long car journey.  Enjoy with headphones.  Catch my drift?

Drift does exactly what it says on the tin.  Imagine floating across the surface of the moon with ebbing tides and breezes emulated in the background.  There’s a much darker, bass sound to Taiga with its clock ticking/horse trotting accompaniment.  Whilst starting in a promising fashion, it then doesn’t really go anywhere compared to the previous tracks which seemed to have a journey of sorts.

I like the almost 80s, OMD Messages, synth feel to the intro of Athanor Ascension.  Sounds are added slowly and keeps the interest with multiple layers.  Again, a subtle beat, but, enough to keep some sort of cohesion to the track.  At only six tracks long, Fade Into Bolivian closes the album with more continuous beatless dark drone.

An enjoyable album for reasons of calm.  Maybe not one that you’d play over and over, but, sometimes you just want a little break from the daily stresses and this is the album to do it.

You can read more about Stygian Stride on the Thrill Jockey website here.